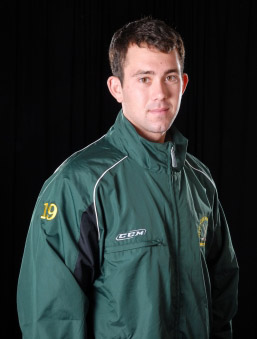 Cory Lillie was born and raised in East Hampton, NY and began his hockey career at the age of 5 in the Amagansett Roller Hockey League. By the time he was 8, Cory was already commuting up island 5 days a week to play for a nationally ranked roller hockey team. At 10 years old, Cory made the transition to ice hockey. He worked his way up to make the Junior Islanders at age 12, with whom he competed in the World Championships. After years of the long commute up island Cory left New York in his senior year of high school and moved to New Jersey where he played for the New Jersey Rockets junior team in the Metropolitan Junior Hockey League and Atlantic Junior Hockey League. After 3 years, Cory moved back to The Hamptons and played for the New York Apple Core in the Eastern Junior Hockey League in Long Beach, Long Island. He was recruited to Wentworth Institute of Technology, a Division III program in Boston, MA. Upon graduation in August of 2014, Cory was hired as Manager of Buckskill Winter Club in East Hampton where he began his mission to create the East End's first High School Ice Hockey Team. 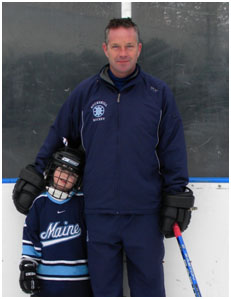 Tim Luzadre grew up in the Detroit metro area playing the highest level of Hockey throughout Michigan and Canada from the age of six, his last team being the Detroit Junior Red Wings. Business brought him out to the New York area where he kept his passion for the game. Tim has been with Buckskill Winter Club since its first day of operation and has taught numerous children and adults how to safely learn to skate and play hockey. Tim is available for private skating and hockey lessons and he helps run the Buckskill Junior Hockey Program.